I have a few penciled pages to share here from Boudi’s Bounty. This sequence features one of our “weedy” bounty hunters – who at this point I’ve named “Ragwort” – spying on our friends. Ragwort takes a liking to Leo’s stew and a ruckus ensues. He leaves behind a mysterious codex though which puts another wrinkle in our story. 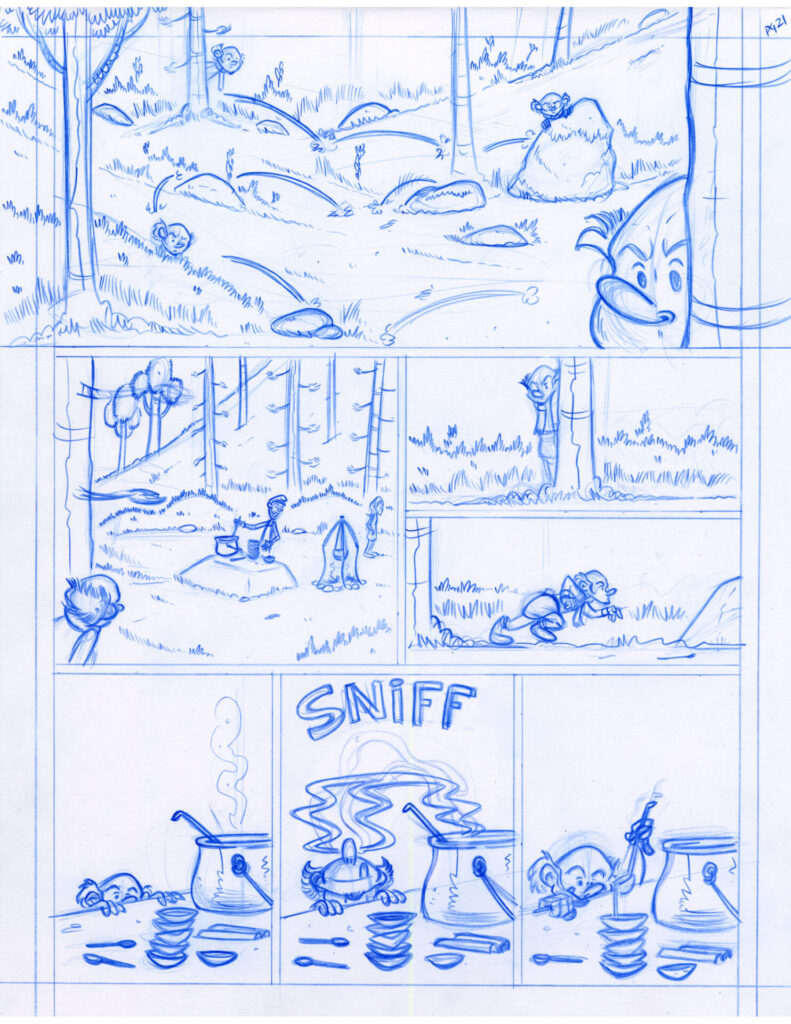 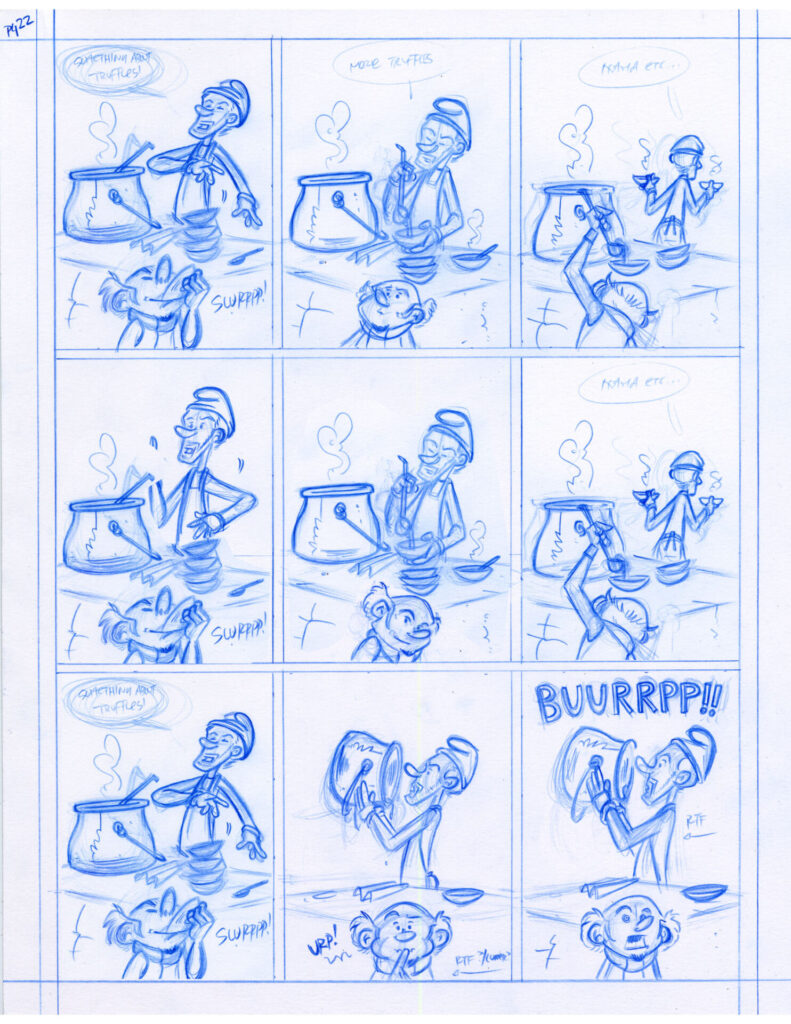 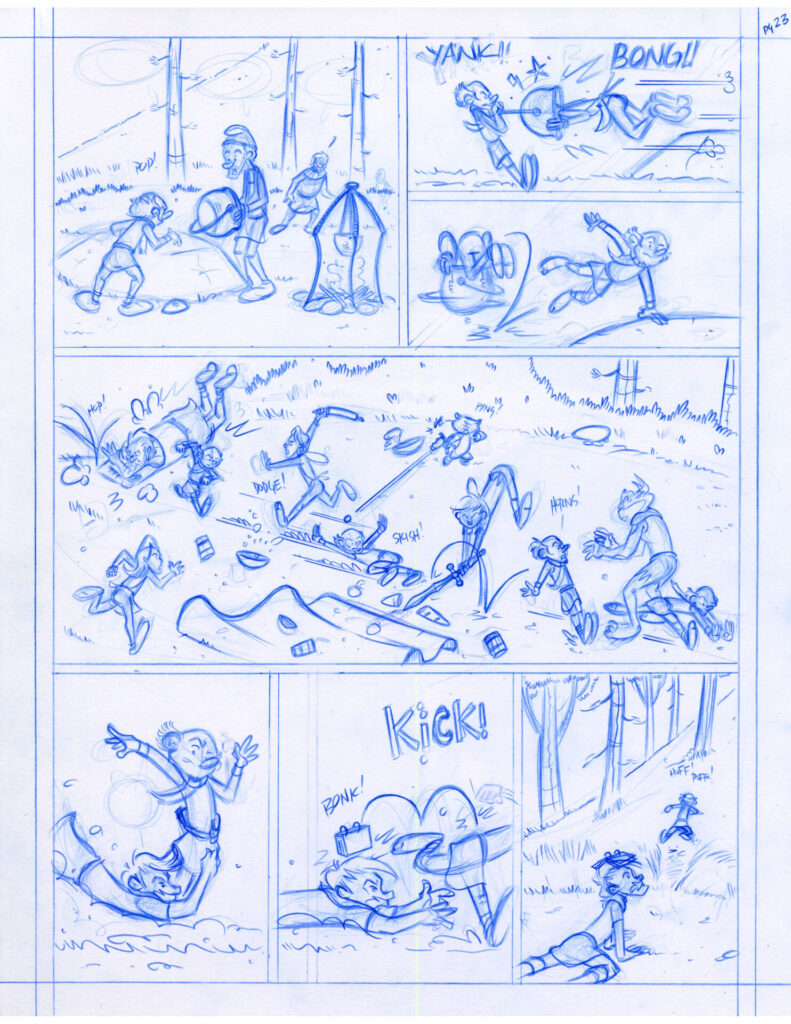 The story is coming along nicely, I’ve finished penciling all 70 pages and am now just hunkering down at the drawing table to ink. Inking is probably my favorite part of the process – the *thinking* part of making comics is mostly over and I can get into the flow of the inks. I am doing the majority of these pages with the dip brush, which does make the whole process take longer but I think the result will be worth it. I’ll share a few inked pages in the next production update.

The inking stage also means I get to listen to podcasts, audiobooks, interviews, etc…another reason I prefer this stage to others – I can pretend to feel even more productive 😉

I’m wrapping up The Destiny Thief, a collection of essays on writing by novelist Richard Russo and I’m also in the middle of Secrets of Story by Matt Bird (can you tell I’m on a “writers on writing” kick?).

If you have a recommendation for a good audiobook or podcast send it my way!

My wife is a gardener and recently she has been making war in our backyard against a weed called “oxalis.”

It’s sometimes called “creeping oxalis” because it can creep across a yard if gone unchecked; it also has a pretty little flower when it blooms. Some folks like oxalis and let it grow in their yards. Apparently it’s been growing in ours but I didn’t know that until my wife declared war on it. 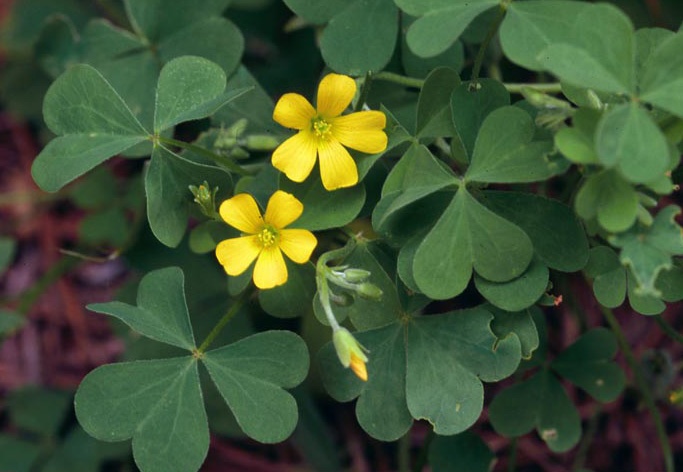 That’s the thing about weeds though – they are only “weeds” to those who deem them such. My wife has grand ambitions for our new backyard however, and oxalis is not part of the program. So she dug deep to the root of it and got it all out.

While she was digging, I was drawing and the pages I was penciling during her excavation featured a slew of new characters. Bounty hunters in fact! 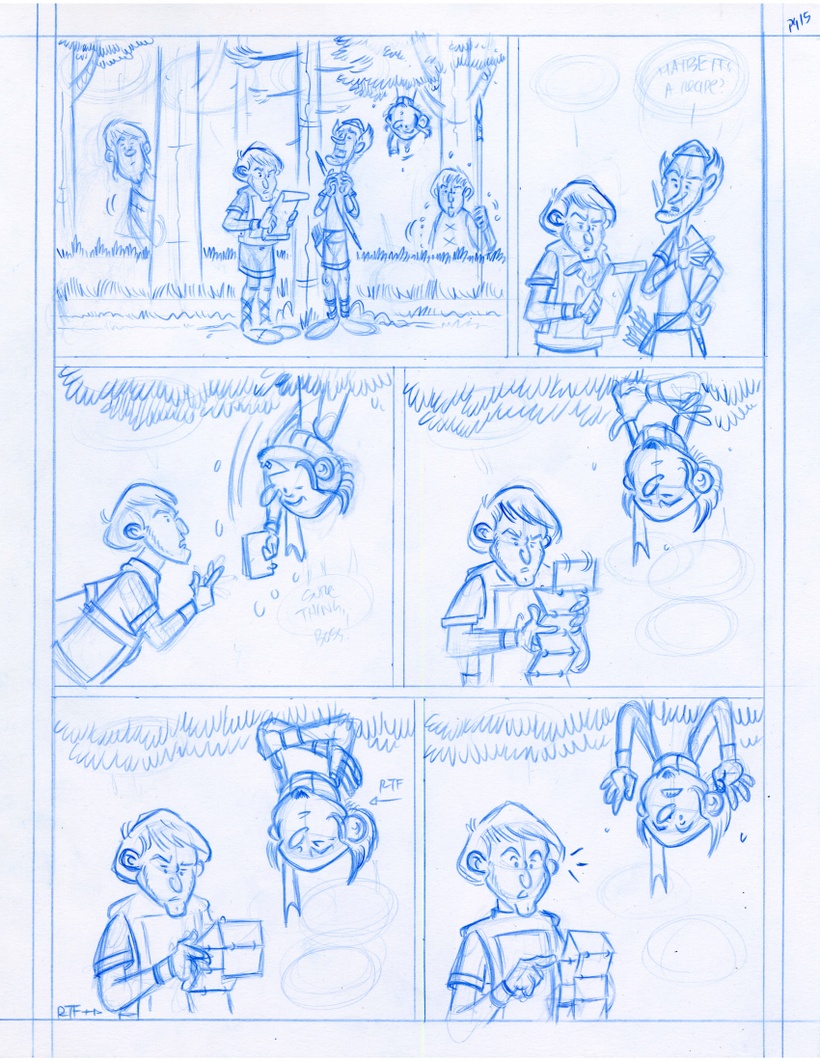 As Admiral Piett would say…

But all good bounty hunters do need names and as I was looking over this motley crew and listening to my wife thrash at the weeds in the backyard, I thought it might be fun to name them after weeds.

In my original sketch of the bounty hunters I had given them other random names: Costa, Rufus, Quintus, Drust, and Fergus. All Roman names because they had been tracking Boudi all the way from Britannia. That’s how they appear in the script. 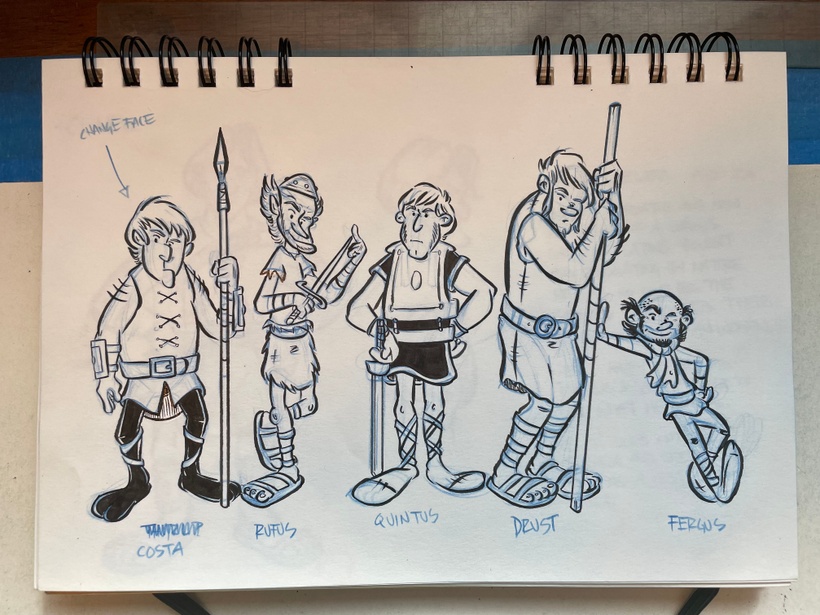 The more I’ve drawn them in the story though, the more I’m thinking I may update their names to align with different weeds. I particularly like the word “oxalis” and think it could work well for the big guy (“Ox” for short works nicely).

Something about weeds and bounty hunters goes together nicely too. Like weeds, bounty hunters show up when you don’t want them to. And like weeds they can be a nuisance. At the same time, they are just trying to get by in the world and this is the life they’ve chosen. Bounty hunters and weeds are morally ambiguous and if you don’t clear them out by the root they’ll keep coming back.

So, with that in mind I asked my wife for other names of weeds and she pointed them all out to me in our backyard. I settled on a few that sounded like they could work…

I’m not 100% settled on all of these, so you if you know of a good weed name put it in the comments. We’ll see which ones win out in the end.

“Oxalis” is a keeper though, that’s my wife’s favorite. 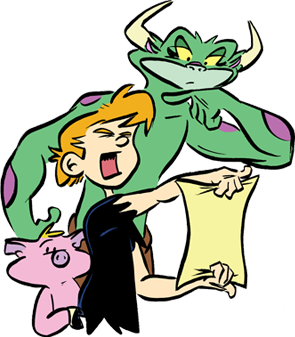